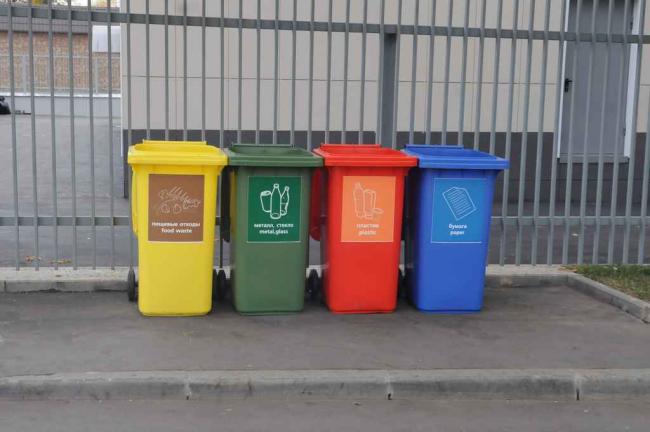 Tashkent residents will begin to pay for sorting garbage Source

Pilot projects are planned to be launched in Tashkent in the near future, in which capital residents will sort garbage at home and receive financial benefits from it, a Podrobno.uz correspondent reports with reference to the press service of the capital’s hokimiyat.

“Separated garbage is a product that can be sold for money. In this regard, we plan to make some kind of agreement with the population. Either we will accept such garbage to offset the payment of the tariff, or the person will receive payment upon delivery. We are considering different options, soon we will implement pilot projects. The Ministry of Innovation Development, UNDP and ADB consultants help us in this regard, "said       Sherzod Kattakhodjaev, first deputy director of the Mahsustrans department.

According to him, the city authorities intend to give an opportunity to an ordinary person to separate the garbage at home and receive a certain reward for this.

“We all throw garbage in about the same way. This is a regular bag, everything is thrown together, then all the waste is dumped into one garbage container, it is taken by the machine, everything is pressed and then a mess that is difficult to sort out. Even if you get paper or plastic bottles out of there "They will no longer be in air-condition. Many people want to sort the garbage, but not everyone can keep three or four bags at home," he said.

Therefore, the interlocutor added, it is envisaged to issue special compact containers divided into sections into which various rubbish can be stored.

“But here, of course, you cannot apply a common approach for apartment buildings and private housing. In the first case, the areas are limited, so the container should be compact, and you can make a larger container in your own houses. We want to give people the opportunity to try to sort the garbage. I think the result will be successful, "said Kattakhodzhaev Sherzod

He also added that Uzbekistan will not come to sort garbage in one day. In Austria, for example, this process began in the 60s of the last century and quite strict measures were taken there. So, garbage companies simply did not take out unsorted waste, and he could lie for weeks in front of a person’s house. On the other hand, in Japan, children, starting in kindergarten, are taught to sort garbage so that they get used to it from early childhood.

“By the end of the year, we plan to implement at least two pilot projects in Tashkent on separate waste collection,” he concluded.

It should be noted that over 760 thousand tons of waste is generated annually in the capital, and every year this number grows by about 7%.