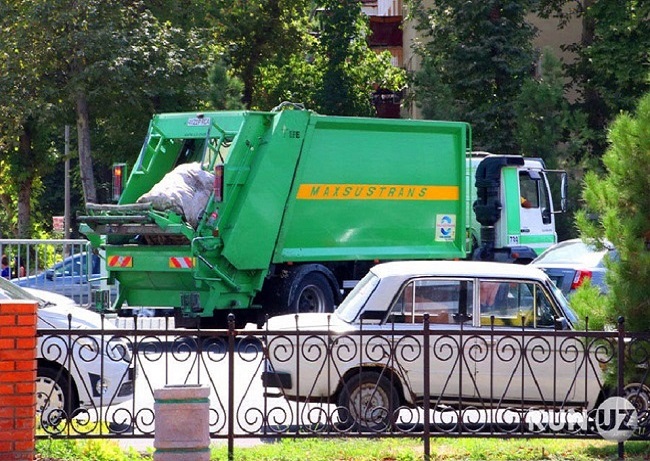 Garbage fees may be increased for Uzbeks

This decision may be made due to the cost of sorting and collecting waste. "Makhsustrans" proposed to increase the tariff for garbage, as more funds are required for sorting and collection. This was stated by the deputy director of the enterprise Sherzod Kattakhodjaev during the announcement of the pilot program, the correspondent of Repost reports. According to Sherzod Kattakhodjaev, Makhsustrans purchased new machinery and other equipment at the expense of loans allocated by the Asian Development Bank. Today, the rate for one person is 4,500 soums, this is the minimum rate. For now, he covers our expenses, but we do not earn. We have as much expenses as income. In the future, you need to purchase containers, packages, etc. We have a lot of work and spending. The package provided alone costs more than 5,000 soums, while 4500 soums per person. Based on this, we, of course, made a proposal to increase the tariff, - said Sherzod Kattakhodjaev. In addition, Timur Akhmedov, a consultant to the State Unitary Enterprise “Makhsustrans”, noted that it is impossible to immediately provide all Tashkent with containers for sorting waste due to lack of resources. There are not enough resources to start the program immediately for 2.5 million people. In the United States, for example, huge resources are allocated for such programs; preparatory work is underway throughout the year. Here we have no such opportunity, unfortunately, - emphasized Akhmedov. It is noted that the initial stage of the pilot project provides for the provision of containers to 75 thousand of the population of Tashkent. In the coming years, growth is expected to reach 200-400 thousand people. It is reported that according to the law, "Makhsustrans" must provide all of Tashkent in three years, but according to the consultant of the enterprise, it is difficult to do this in three years. We will remind, earlier it became known that Tashkent produces two thousand tons of waste every day. Tashkent will introduce a system of separate waste collection from residents of a number of makhallas. Also, Makhsustrans wanted to promote the culture of waste sorting through games.