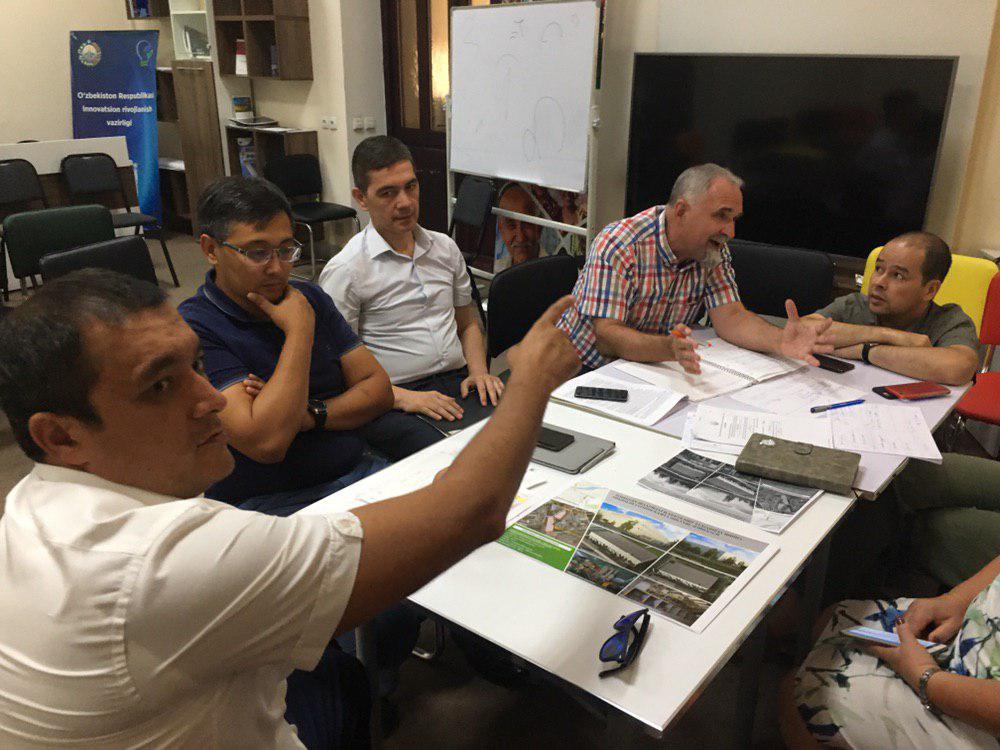 Today, the regular meeting of the team involved in the implementation of separate collection of garbage in Tashkent was held

On July 19, a round table was held in Tashkent on the theme “Application of the theory of pushing in the public sector”, organized by the Laboratory of Innovations and Management Decisions of the Ministry of Innovative Development and UNDP in Uzbekistan.

The speaker was Dr. Alisher Fayzullaev, doctor of sciences, professor, former ambassador of Uzbekistan to the UK. The event was held in a brainstorming format. The participants in the brainstorming session were civil servants, representatives of interested ministries and departments tried to identify the most important problems that can be solved by applying the theory of pushing, and also discussed implementation methods.

The theory of pushing became known thanks to the book of Richard Thaler and Cass Sunstein “Nudge. How to Improve Our Decisions on Health, Wealth, and Happiness, ”released in 2008. She also received support from business and healthcare policy makers in the US and the UK. In addition, Thaler was awarded the Nobel Prize in Economics for summarizing the results of previous studies and developing the theory.

A distinctive aspect of the theory is that it does not prohibit any action, but promotes what is useful to society. For example, laying out healthy fruits, vegetables, and dairy products at eye level is considered a nudge, while banning unhealthy foods is not.

Authorized persons of the state unitary enterprise “Makhsustrans” spoke about the possibility of eliminating the problem associated with the sorting and removal of waste to designated places using this theory. The organizers and participants of the round table supported this initiative. The issue of pushing the population to save water was also considered.

During the conversation, it was noted that the approaches used today to solve development problems may not justify themselves and may not contribute to the achievement of sufficient progress. The world is moving faster than how development solutions adapt. Thus, there is an urgent need to find new tools and formats for the effective solution of the social and environmental problems that society faces.

At this stage, a group of researchers is working to determine the problem, in relation to which it will be possible to apply the theory of pushing, since not all types of problems can be solved in a short period of time, allocated